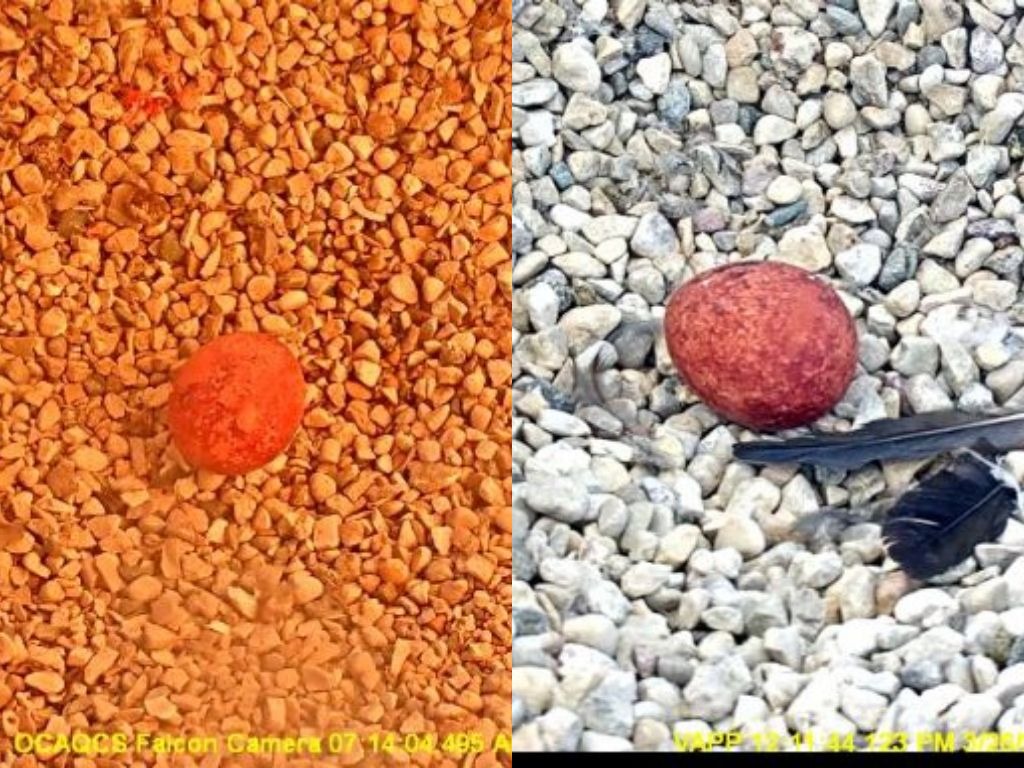 We’re hoping for a few more eggs over the next week, so make sure to watch our live cameras closely. We’ll also post updates on Twitter and Facebook.

We Energies is part of a statewide effort to restore the peregrine falcon population. The DNR added the bird of prey to Wisconsin’s endangered species list in the 1970s. Since the company’s first successful nest box in 1997, 273 peregrines have hatched at We Energies facilities.
Posted by We Energies at 4:27 PM