We Energies hosted its 62nd annual Boy Scout Electricity Merit Badge Clinic in the Public Service Building auditorium on Dec. 12. The company has hosted the clinics for more than six decades, dating back to 1954.

More than 60 scouts attended the clinic, completing 11 requirements, from building electromagnets to wiring a basic circuit, to earn their electricity merit badges. Scouts also had to pass a written test covering basic electrical principles and safety. Nearly two dozen We Energies employees volunteered their time to help the scouts. 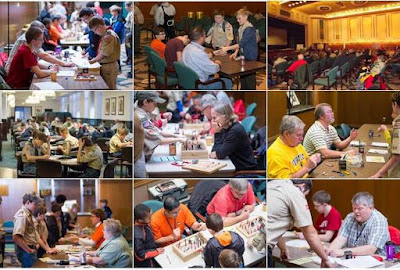 Posted by We Energies at 4:00 PM No comments:

Decorate safely for the holidays 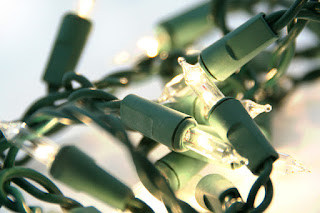 When you pull out those holiday lights, be sure to inspect them carefully. They may have worn during their year in storage. Replace any string lights that have broken cords. Beware of frayed wires and loose bulb connections. Unsafe electrical conditions can cause tree fires.

Also, don’t link more than three light strands together, and be sure not to overload electrical outlets.

When decorating outdoors, be sure to look up and spot potential hazards such as power lines. Never throw a string of lights or other decorations into trees near power lines. Keep ladders, equipment and yourself at least 10 feet from power lines.

Worried about the impact those holiday lights will have on your We Energies bill? Use energy-saving LED lights. Also, set your lights on a timer so you don’t have to worry about forgetting to turn them off at night.
Posted by We Energies at 3:43 PM No comments:

It’s not every day you see a snowy owl up close. So, when one was spotted at Oak Creek Power Plant in early November, some employees took pause. The owl was on the ground and appeared injured. They took the appropriate action to observe the bird rather than approaching it.

As a company, we have a commitment to the environment and encourage our employees to be good environmental stewards. Susan Schumacher, principal ecological scientist with We Energies, was called to the site to check on the bird. After observation, she contacted the Wildlife Rehabilitation Center at the Wisconsin Humane Society to come in and rescue the bird.

“We’ve always had a very keen interest in maintaining a good ecological balance at all of our sites. I’m glad it all worked out. Our employees did a really nice job doing the right thing by observing the bird,” said Schumacher.

Snowy owls are native to the arctic tundra but have been showing up in high numbers in Wisconsin over the past few years. The theory is that they are coming south searching for food. They are large birds that can have wingspans up to 4 feet.

The snowy owl was named Ukpik, an Inuit name for snowy owl. He was estimated to be between 3 to 4 years old. He was exhausted, dehydrated and thin. After just a few days, the bird was drinking and eating again.

“Before any animal is released, we do a lot of pre-release conditioning. There are multiple tests we do to make sure he is good to go. He is doing everything he needs to do to be a good, wild, snowy owl. He knows what to do. He’s an adult owl that just needed a little boost this winter,” said Crystal Sharlow-Schaefer, wildlife team leader for the Wisconsin Humane Society's Wildlife Rehabilitation Center.

Posted by We Energies at 2:07 PM No comments: