Our hallmark of reliability recognized again

In the dictionary, a hallmark is defined as a distinguishing characteristic, trait or feature. Reliability has become our hallmark. For the eighth year in a row, we have been named “Best in the Midwest” for reliability.

PA Consulting presents ReliabilityOneTM awards annually to energy companies that achieve outstanding reliability performance and excel in delivering the most reliable electric service to their customers.

“Our consecutive ReliabilityOneTM awards are a testament to the skill and dedication of our employees, and to the investments we’ve made to ensure reliable, efficient service for our customers,” said Kevin Fletcher, president – WEC Energy Group, parent company of We Energies.

Our most recent award is the 11th in the past 13 years in the Midwest, one of six regions in the performance review.

The review is based primarily on system reliability statistics measuring customer outage frequency and duration. Companies who perform well in those measures then undergo an on-site certification process for its policies, processes and systems related to reliability.

In recent years, we’ve made investments to strengthen our reliability by rebuilding hundreds of miles of our electric distribution network, including wires, poles and transformers. The result? Our outage restoration time was 50 percent better than the national average in 2017.

We’re happy to win the award again but more happy for our customers who rely on us for having power when they need it.
Posted by We Energies at 8:19 AM No comments:

Cooking a holiday meal can be stressful not only on the chef but also the energy bill. Use these tips to help cook efficiently during the holidays.

More energy efficiency tips
Posted by We Energies at 1:41 PM No comments:

Manage energy costs and save money with efficiency tips

Looking for inexpensive and easy ways to keep your home comfortable this winter? Manage your energy costs and save money by using energy more efficiently with these tips: 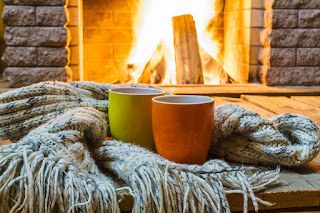 More energy efficiency tips
Posted by We Energies at 2:33 PM No comments:


Over the years, our participation in these flights has offered our employees the opportunities to serve as guardians for the veterans, be part of the volunteer crews on flight day, and write letters of thanks given to veterans on the return flight.

Seales, Beres and Osborne thoroughly enjoyed the experience and were very appreciative of everything that it took for their special day to happen. Seales pointed out that he received more words of gratitude for his service that day than he had received since he returned from Vietnam.

Honor Flight is a national program with more than 130 hubs from coast to coast. The WWII Memorial did not open until 2004, and many veterans are unable to visit Washington, D.C., without assistance. The average age of a WWII veteran is 93 years old, and only five years separate the average WWII veteran from the average Korean War veteran. Nationally, hubs in the Honor Flight network have taken well over 200,000 veterans to see their memorials.
Posted by We Energies at 2:16 PM No comments:

We Energies named Veteran Friendly Workplace of the Year

We proudly support those who have served our country by fostering employment opportunities for military veterans, knowing that many possess the specialized skills and leadership abilities critical in providing safe and reliable energy. These efforts recently were recognized by USO Wisconsin when it named We Energies as the 2018 Veteran Friendly Workplace of the Year at their annual Heroes of Wisconsin Gala on Oct. 20.


“We were up against some very stiff competition, and our selection as the Veteran Friendly Workplace of the Year is a testament not only to the efforts the company has made to actively recruit veterans but also the support they receive once they are hired,” said Joe Griffin, manager – power generation support, who accepted the award on behalf of the company.

A veteran himself (he spent eight years as an MP in the Marines), Griffin also helps lead the company’s business resource groups that launched earlier this year. Called the Military Service Members Association (MSMA), the group supports employees who are veterans or currently serving in the National Guard or Reserves, and their family members.

MSMA’s mission is to:
“With Veterans Day approaching, we would like to thank our military service members and their families for the sacrifices they have made, and continue to make, in order to protect the freedoms we hold dear,” Griffin added.

Veterans and active military personnel interested in a career with a future are always encouraged to apply with We Energies.

Posted by We Energies at 4:06 PM No comments:

Get ready for winter

Winter is a challenging time for energy usage and safety. Review these winter tips to stay comfortable without spending a lot of money and to stay safe throughout the winter months.

Energy-saving tips
Here are some ideas to save money on heating:

Energy safety
Staying safe around electricity and natural gas is important year round, but winter requires some special considerations: 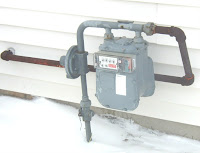 Energy assistance
If you have questions about payment options, call our payment assistance line at 800-842-4565. Many customers in Wisconsin qualify for help in paying energy bills. If you qualify, apply now for energy assistance for the winter heating season. Learn more:
Energy assistance

Power outage preparation
We work to maintain a reliable power delivery system, but severe weather and other events sometimes cause power outages that require many hours and even days to address. Be prepared and know what to do should a power outage occur:
Outage safety tips

Scammers
Scammers claiming to be from an energy company may call or show up on your doorstep demanding money. Don't let a scammer ruin your holidays. Learn about these scammers and what to do:
Scam awareness
Posted by We Energies at 10:44 AM No comments: