A report issued late Tuesday by the Citizens for Tax Justice and the Institute on Taxation & Economic Policy includes Wisconsin Energy as one of 26 U.S. corporations that paid no federal income tax during the period 2008 to 2012. The report is similar to a report issued in 2011 by the same groups for the years 2008 to 2010.

The situation is a direct result of steps taken in 2008 by Congress and President George W. Bush to modify the tax laws in an effort to stimulate the economy. Those steps were repeatedly extended and expanded through the end of 2013 under President Barack Obama, increasing their value. Accelerated depreciation tax breaks have been available for decades, but the expanded depreciation tax breaks were specifically enacted by Congress to provide an incentive for companies to invest in their businesses and spark economic growth. By all accounts, the strategy worked.

Wisconsin Energy is one of many companies that have taken full legal advantage of the federal government’s tax depreciation incentives.

Responding to the report, David Hughes, Wisconsin Energy assistant treasurer, said, “The vast majority of the tax benefits permitted under the country’s tax laws have already been passed on to our customers and used to significantly lower their utility rates over the period of this report.

“During the period 2008 to 2012, the State of Wisconsin did not follow the enhanced depreciation tax provisions enacted by the federal government to encourage capital investment and spur economic growth, so we have and will continue to be a tax-paying entity in Wisconsin.”

Hughes also noted that, “though federal taxes may not have been paid during this period, the law requires these taxes to be paid back in future years. That means Wisconsin Energy will be paying more than $300 million in federal taxes related to these years in the future.”

Because Wisconsin Energy and other electric and natural gas utilities are allowed, by law, to claim accelerated depreciation on capital investments, half of the 26 companies on the list were in the utility industry. Others included Pepco Holdings, PG&E, Integrys Energy Group, American Electric Power, Duke Energy, FirstEnergy, NextEra Energy, Consolidated Edison, Northeast Utilities, CenterPoint Energy, CMS Energy and Atmos Energy.
Posted by We Energies at 9:01 AM No comments:

Governor Walker announced today an agreement between the State of Wisconsin, Madison Gas and Electric (MG&E) and our company that allows the state to access more than 117,000 gallons of liquid propane to help address the current shortage throughout the state. This is a physical exchange transaction and not a sale of the propane. 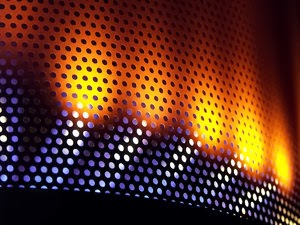 The propane will be used as a contingency plan to help meet the needs of low-income citizens qualifying for energy assistance in areas of the state where the supply is constrained, and it will be replaced/replenished by the state during the non-heating season. Propane is a heating fuel for more than 250,000 households in Wisconsin.

Under the agreements with the utilities, the state can access up to 42,000 gallons of propane currently stored at our Oak Creek facility, with the possibility of an additional 30,000 gallons from our Tomah facility. MG&E is providing up to 45,000 gallons of propane from its facility in Prairie du Chien. The Wisconsin Department of Administration will be responsible for coordinating and paying all costs associated with loading and transporting the propane.

The Tomah site supports natural gas peaking and consists of six 30,000-gallon tanks of propane. The propane is used as a backup fuel and converted to natural gas at times of high peak demand or when the natural gas distribution system is in need of greater gas pressure ‘packed’ into the distribution system.
Posted by We Energies at 9:05 AM No comments:

Scammers use email, door to door, phone to get money from our customers

Scammers ask our customers for money via email, typically identifying themselves as “Energy Billing Systems” or something similar. Demands often are for amounts of $500 or more along with instructions to click a link to make the payment. Some of the emails even provide a bogus account number for the customer to use in an attempt to make the request appear legitimate. We never solicit payment in this manner. If you have any question related to such requests, call us at 800-242-9137. 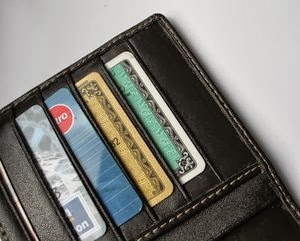 Scammers prey upon our customers using a number of tactics. In the door-to-door approach, scammers use smartphones with credit card scanners. Recent reports from Ozaukee County indicate that scammers go to a residence and claim to be collecting utility payments. We never collect payments in person, and we ask any customers to immediately contact police if they encounter these imposters. These scammers also may be using fake We Energies identification cards. To remain safe and avoid falling victim to a scam, call us at 800-242-9137 to verify if an employee is at your property. When in doubt, do not let a stranger into your home.

On phone
Another ploy is known as the Green Dot prepaid debit card scam, which has targeted our customers and those of many other utilities across the nation. In the Green Dot scam, customers receive phone calls from scammers posing as our employees and are told their service will be disconnected unless they make an immediate payment. They are told to purchase a Green Dot or other type of prepaid debit card, load the card with money and then provide the card number over the phone. The scammers may have a fake We Energies caller ID to make the call look legitimate. Do not comply with callers asking for payment with a prepaid debit card. If you have any questions, call us at 800-242-9137. Scammers also have been targeting business customers:

Power plant performance during cold winter pays off for customers

We’re planning to return between $15 million to $18 million to our customers, in part, because the cold winter increased power demand to a level that enabled us to sell power to other utilities in the region.

The money could be returned through a credit on customer bills later this year or in a future rate case. The Public Service Commission of Wisconsin will decide the exact amount and method of any refund. Using the current estimate, the amount would represent approximately one half of 1 percent on each customer’s average energy bill.


The Midcontinent Independent System Operator Inc. (MISO), which runs the power grid from Manitoba to Missouri, dispatches power plants as needed, using the least-costly plants first. Because of the high efficiency of our coal units at Oak Creek and recent increases in costs from natural gas-fueled plants, we were able to sell power not needed by our own customers. Selling the power to other utilities allows us to pass benefits along to our customers.

Our diverse fleet of power plants are powered by a variety of fuels, including coal, natural gas and renewable energy, such as hydroelectric power, biomass, wind and other sources.
Posted by We Energies at 12:34 PM No comments: