Where are they now?: Cream Puff

She captured our hearts when she was born last spring, and now, she’s been captured on camera. The peregrine falcon named “Cream Puff” was recently spotted at a nest site at the University of Wisconsin-Oshkosh.

Cream Puff was one of three chicks who hatched at the Oak Creek Power Plant nest box in May 2020. Voters from across the state named Cream Puff and her siblings after some of our favorite things about Wisconsin. 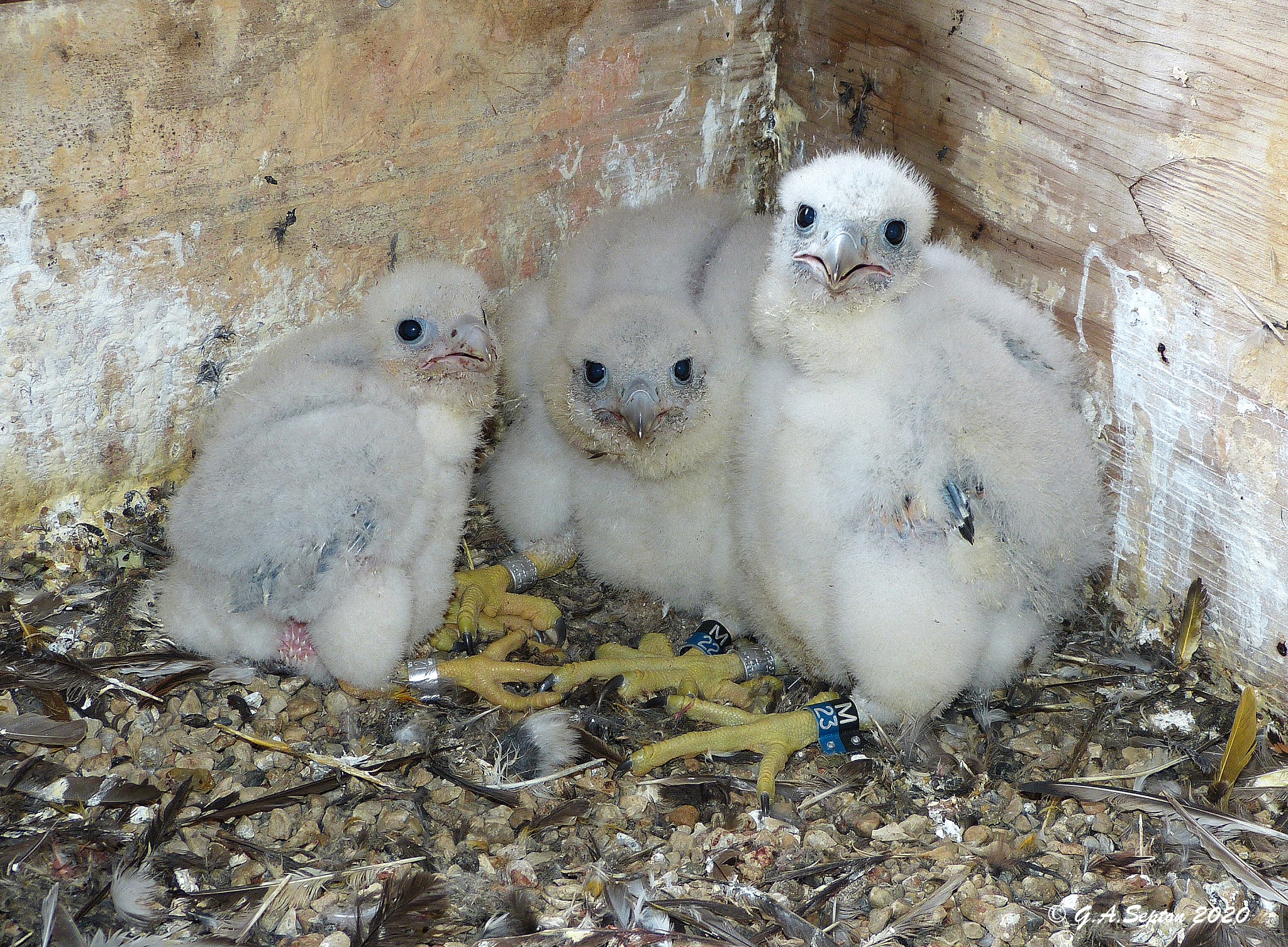 Cream Puff was last seen flying away in the spring. Many times, those last flights are the final time we see the falcons, but our peregrine falcon manager’s eagle eye recently spotted Cream Puff on the UW-Oshkosh nest box webcam. He was able to identify her using the band we attached to her leg last spring. 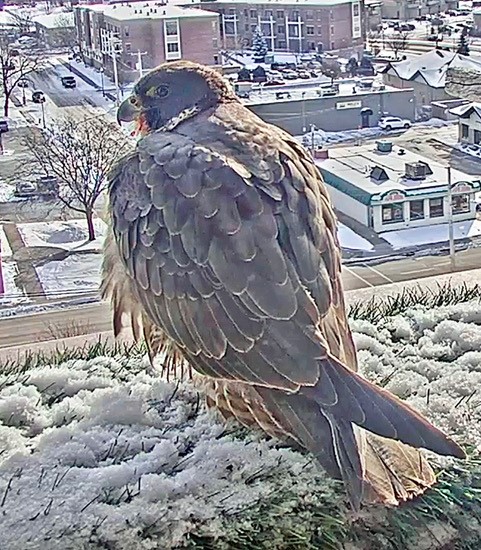 Birders can read the identification bands through binoculars or discover them in photos they take and let us know if they spot one of our falcons out in the wild. It’s always rewarding to see our young peregrines finding their way in the world.

Stay tuned for the start of the 2021 peregrine falcon nesting season, coming in March. If everything goes well, we’ll meet a brand-new class of chicks and watch them hatch, grow and fly away.
Peregrine falcon program
We Energies and Wisconsin Public Service (WPS) are honored to be a part of a statewide effort to restore the peregrine falcon population. The Wisconsin Department of Natural Resources added peregrine falcons to the state’s endangered species list in the 1970s.
Since our first successful nest in the mid-90s, 410 peregrine falcons have hatched at our facilities. The falcons are drawn to tall structures along Lake Michigan or major rivers, which make many of the We Energies and WPS facilities ideal nesting sites.
This program is another way We Energies and WPS are building a bright, sustainable future. From helping endangered animals and restoring natural habitats, to building new solar facilities and reducing carbon emissions, we are committed to a cleaner future.
Posted by We Energies at 9:12 AM