The We Energies and Wisconsin Public Service (WPS) peregrine falcon chicks are moving on to the next stage of their lives. Thousands of people voted to name the baby birds after their favorite things about Wisconsin. Now, the eight chicks born at our power plants have been given their names and their identification bands.

From left to right: 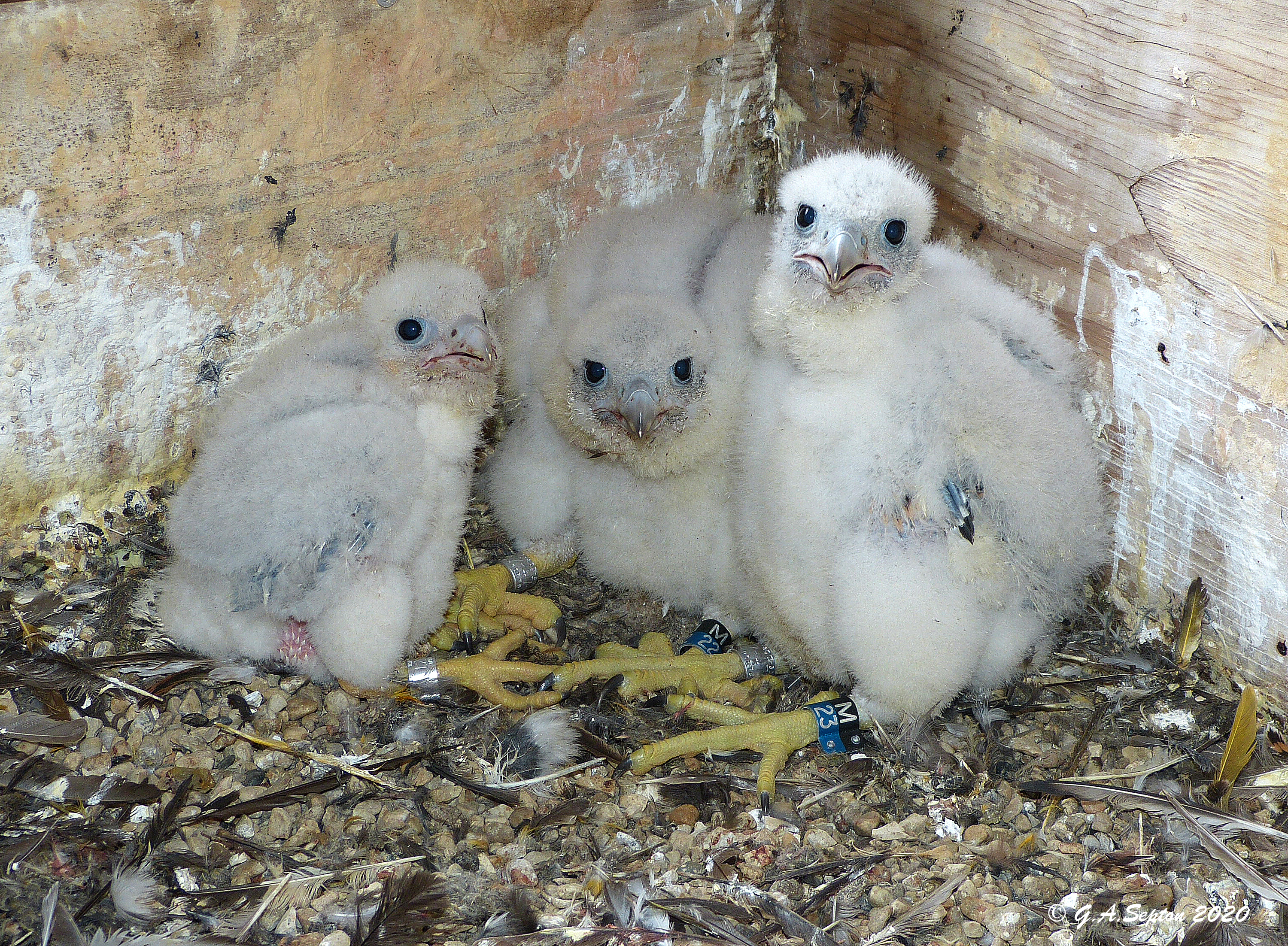 Valley Power Plant in Milwaukee
From left to right:
• Brandy (female)
• Blaze (male)
• Hoppy (likely a male, but too young to band) 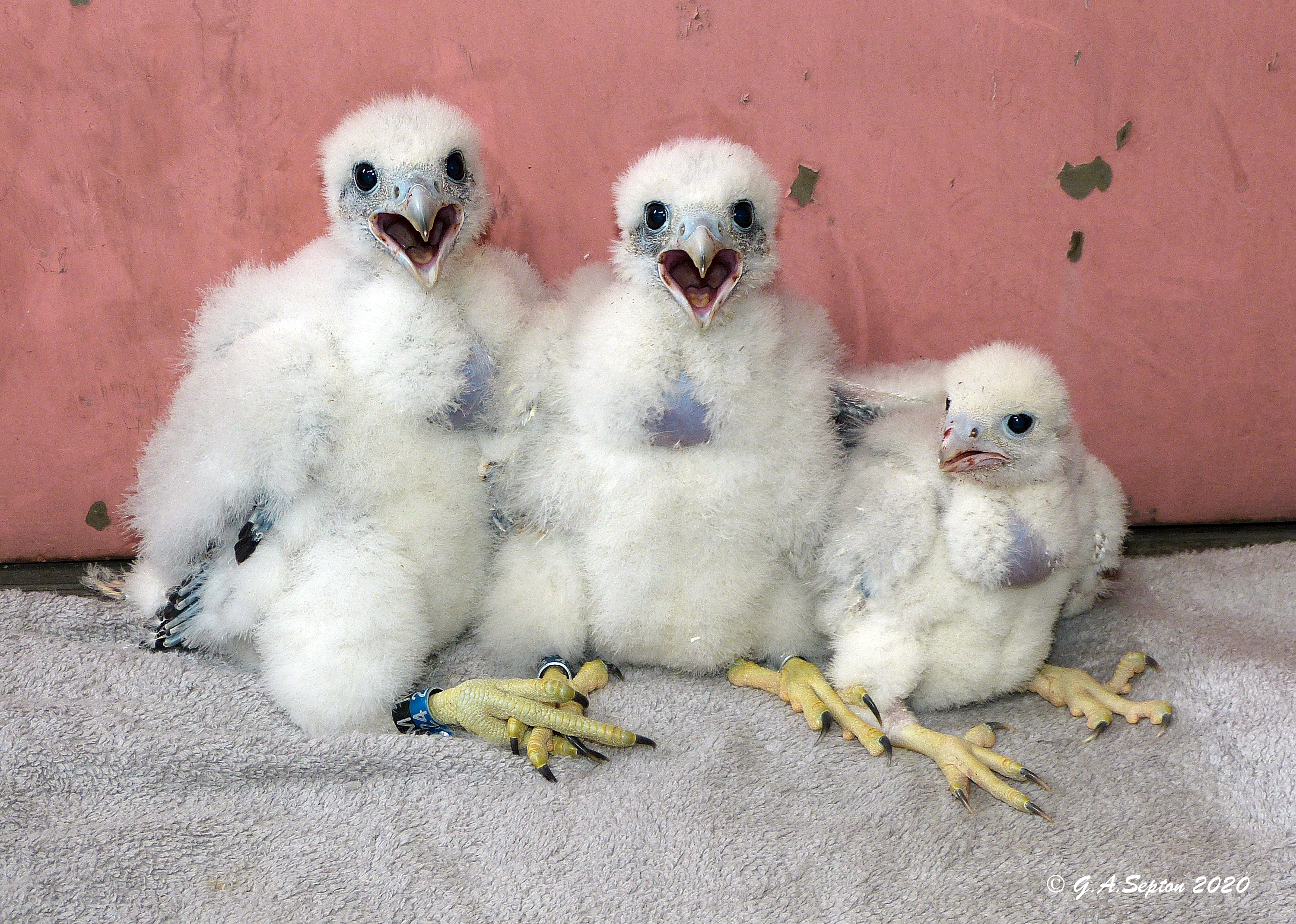 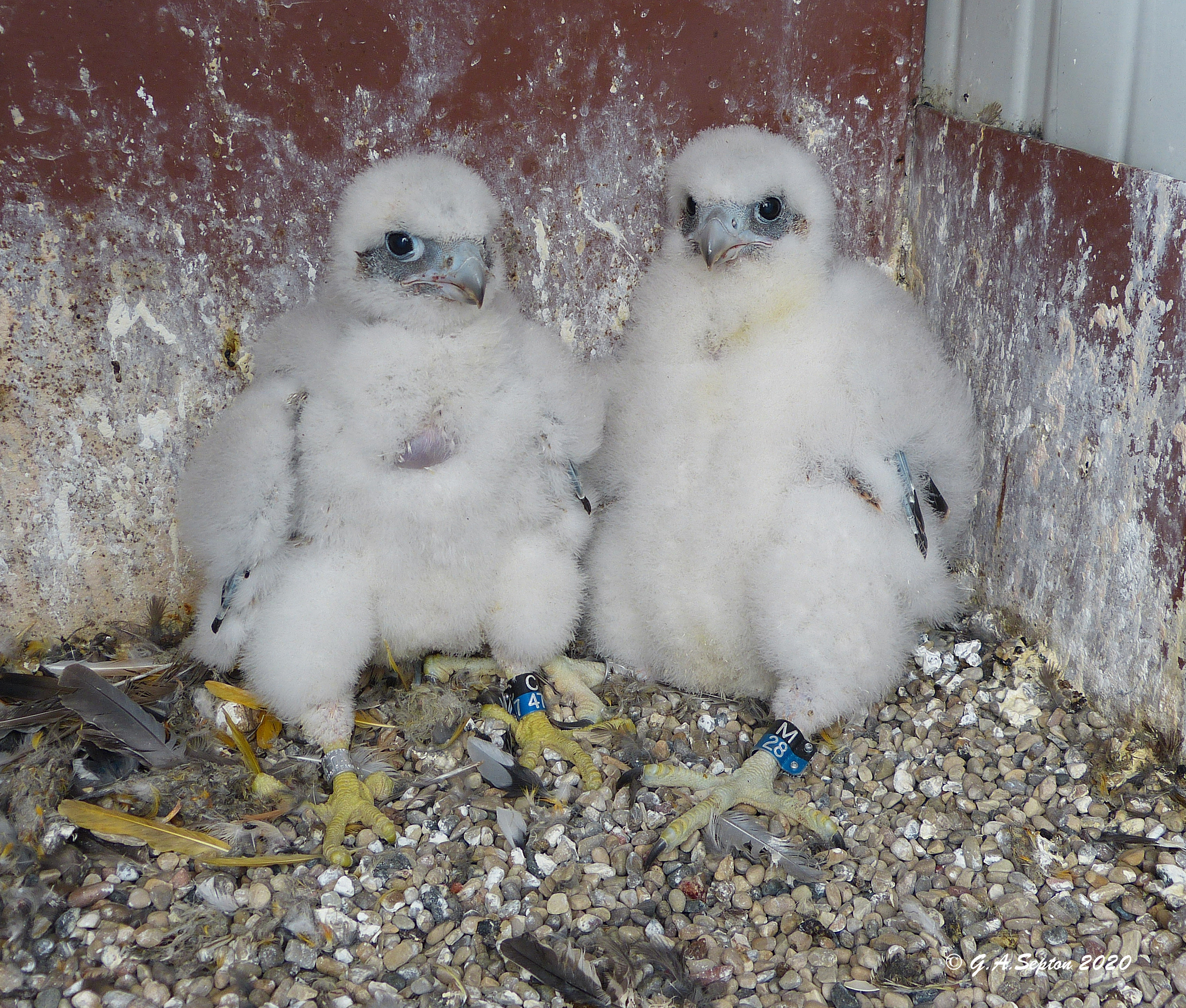 During the banding, our peregrine falcon manager gently places a towel over the chick’s head to calm it down. He then carefully attaches a small metal band to each leg. The bands allow people to contact us and let us know if they’ve spotted one of our peregrines in the wild.

There are just a few weeks left to watch the chicks in their nest boxes. They'll fly the nest later this month. Make sure to tune into our live nest box cameras before they say goodbye!

We Energies and WPS are honored to be a part of a statewide effort to restore the peregrine falcon population. The Department of Natural Resources added peregrine falcons to Wisconsin’s endangered species list in the 1970s.

Since our first successful nest box in the mid-’90s, 410 peregrine falcons have hatched at our facilities. The falcons are drawn to tall structures along Lake Michigan or major rivers, which make many of the We Energies and WPS facilities ideal nesting sites.

This program is another way We Energies and WPS demonstrate environmental stewardship. From helping endangered animals and restoring natural habitats, to building new solar facilities and reducing carbon emissions, we are committed to a cleaner future.