This year’s peregrine falcon families aren’t the only feathered friends that will benefit from We Energies-provided nesting areas. Employees from We Energies joined representatives from the Harrison Athletic Association (HAA) to install an osprey nest platform near Menasha, Wisconsin, Feb. 24. American Transmission Co. (ATC) donated the platform, MJ Electric provided the used power pole (from an ATC project), and We Energies provided the labor and equipment to install the pole and platform.

We Energies employee Steve Nissen, approached HAA about partnering with We Energies to install a platform after the pair of ospreys that had been nesting at the Harrison Athletic Field lost their nest last year.

“There is a pair of ospreys that have been nesting on top of one of the softball diamond light poles for about six years,” explained Nissen, who has been an umpire for the HAA for the past 10 years. “Last summer, the high winds blew the nest down, and one of the chicks was lost. The ospreys tried rebuilding on that same light pole and another light pole with little success.”

The new platform is approximately 200 feet behind the softball field, providing a safer and less threatening environment for the birds, which would often protect their chicks by dive-bombing players on the field. The osprey pair was expected to return to the area separately between late March and early April, and Nissen spotted one osprey in the nest April 7. “Ninety-five percent of the time, ospreys will use a nesting platform that is provided,” he said. 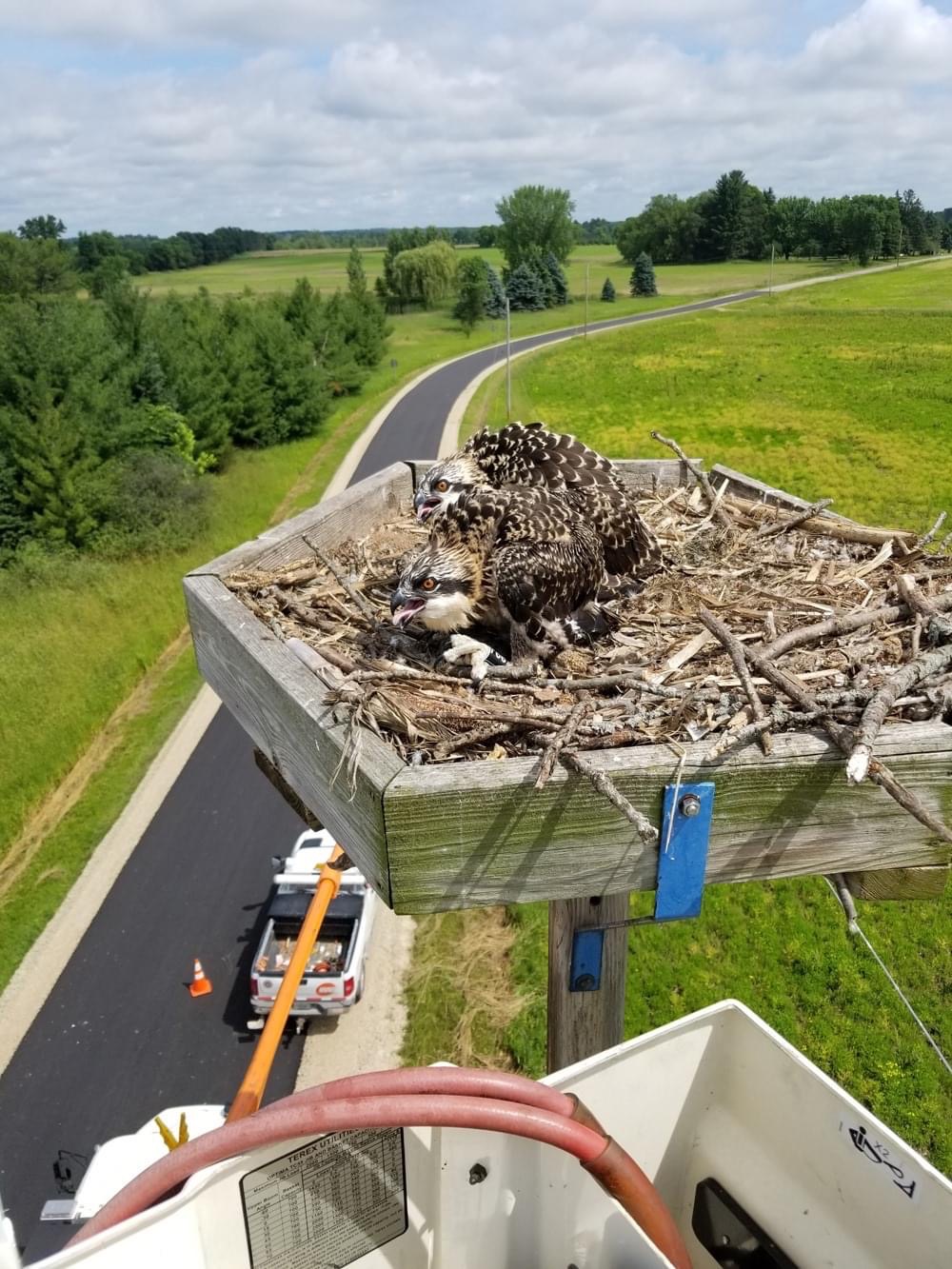 Since 1980, We Energies field crews have constructed and erected alternative nest structures for osprey breeding pairs in key habitat throughout Wisconsin and Michigan's Upper Peninsula, significantly contributing to the recovery of the osprey population. Today there are more than 550 nesting pairs in 58 of Wisconsin’s 72 counties, up from fewer than 100 nesting pairs in the northernmost counties in the 1970s.

More information on WEC Energy Group’s osprey recovery efforts
Posted by We Energies at 8:00 AM