We asked you to name our peregrine falcon chicks after your favorite things about Wisconsin, and now that the results are in, we’re sensing a pattern. Six of the top eight names are food and drink related! But it’s no surprise that Wisconsin is known for some tasty treats.

With almost 12,000 votes cast, the winners of this year’s contest are: 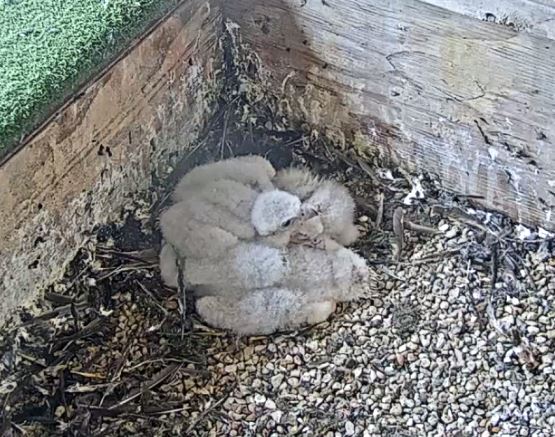 We’ll be using these names for the eight peregrine falcon chicks born at We Energies and Wisconsin Public Service (WPS) power plants this spring.

Even though voting is done, you can still watch the chicks on our live cameras as they continue to grow. They won’t leave the nest for a few more weeks.

Since our first successful nest box in the mid-’90s, 402 peregrine falcons have hatched at our facilities. The falcons are drawn to tall structures along Lake Michigan or major rivers, which make many of the We Energies and WPS facilities ideal nesting sites.


This program is another way We Energies and WPS demonstrate environmental stewardship. From helping endangered animals and restoring natural habitats, to building new solar facilities and reducing carbon emissions, we are committed to a cleaner future.