Where are they now?: Knox

It’s always rewarding to see our young peregrine falcons finding their way in the world. The tracking bands we attach to each chick’s foot allow people to contact us and let us know if they’ve spotted one of our peregrines in the wild.

“Knox,” banded (b/blu) 09/W, was born at the Weston Power Plant south of Wausau. He was one of four chicks who hatched there in 2019. First-grade students at Marathon Area Elementary School had the opportunity to name Knox and the other chicks.

After flying the coop, Knox was captured at the Linwood Springs Research Station near Stevens Point in October. The researchers there collect data about the raptor population in the area and then release each bird safely back into the wild. 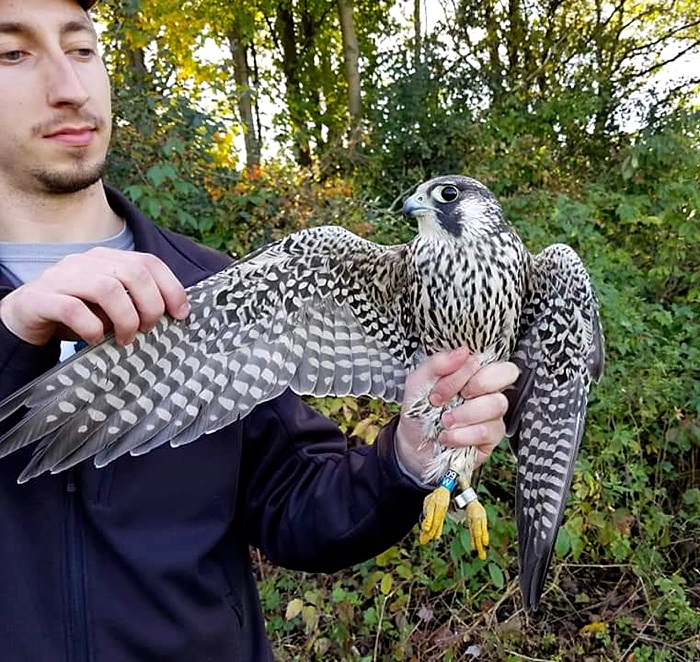 Hopefully the next time someone is able to ID Knox, it will be at a nest site of his own.

We Energies and our sister utility, Wisconsin Public Service (WPS), are proud to be part of a statewide effort to restore the peregrine falcon population. Since our first successful nest box in the late ‘90s, 402 peregrine falcons have hatched at our facilities.

The program is another way We Energies and WPS demonstrate environmental stewardship. From helping endangered animals and restoring natural habitats, to building new solar facilities and reducing carbon emissions, we are committed to a cleaner future.
Posted by We Energies at 2:03 PM