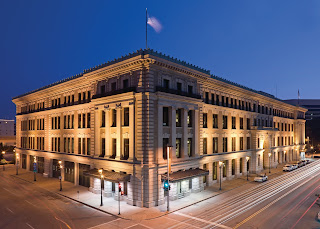 The PSB was built in 1902 as a central station for The Milwaukee Electric Railway and Light Company (TMER&L), a predecessor of We Energies. Milwaukee’s original streetcars operated out of the building. Trains entered from Second Street, picked up their passengers, and then exited onto Third Street. At one point, the building was the largest interurban railway terminal in the United States. 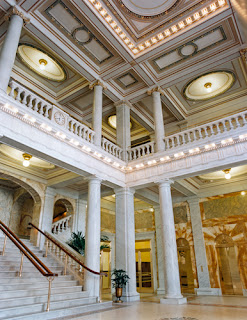 As visitors approach the PSB, they usually take note of the operating clock above the main entrance. Inside, attention is drawn to the marble lobby walls that came from an Italian quarry and include a curious architectural detail: a stained-glass window depicting a swarm of bees buzzing around a hive. 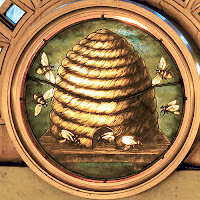 “When people first walk in the door, their mouths drop open at the sight of the lobby,” said Tim Brown, We Energies’ coordinator for the event. “We have received positive feedback every year since we started participating in Doors Open Milwaukee. We are happy to show this architectural gem to the community, which would not normally have access to it.”

The PSB will open its doors from 10 a.m. to 5 p.m. on Saturday, Sept. 17 and Sunday, Sept. 18. Visitors are invited to tour the lobby and auditorium, and also can attend a presentation about the building and company history.
Posted by We Energies at 10:45 AM