Neighbors have expressed some concerns about a family of foxes living at one of our substations in Racine. We have been monitoring this family with the Wisconsin Department of Natural Resources since the spring. We would like to set the record straight about these foxes. 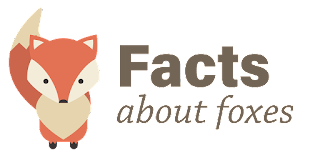 Foxes sometimes build dens at our substations. The Racine foxes have a way to enter and leave as they please and are not trapped as some customers have stated in social media. Our substations have high fences that provide a safe environment from predators, including coyotes and humans that might prey on the foxes.


Young foxes, also called kits, typically are born in March and leave the den in mid- to late summer. Our substations often are close to a habitat that has food sources good for raising the kits.

Some customers have brought a concern to us that a bird of prey was seen at the substation. The bird was a turkey vulture. Those birds eat dead animals and trash and are no threat to the foxes.

When kits are young, they venture short distances immediately around the den. They often are seen near the den playing and exploring their environment.

Our equipment is not at risk from foxes. Some animals chew on wires and cables, and can cause equipment failure and power outages. There are no concerns of this type of behavior with the foxes.

There are two solutions regarding fox dens at our substations. The first solution is to leave them alone and allow time for them to leave the den on their own. The second is to live trap and relocate them. We did contact a licensed trapper and attempted to trap the foxes, but the foxes were too clever for that operation.

Typically, live trapping has a very minimal potential for success, and relocation can place them in another fox’s territory.

Our preference is to allow fox families to be raised and dispersed on their own, which will occur with this family very soon.

We have observed a kit already leaving and believe the rest of the family will follow.
Posted by We Energies at 10:27 AM