Two sets of our peregrine falcon parents are officially empty nesters. The chicks born this spring at our power plants in Oak Creek and Milwaukee have learned to fly. 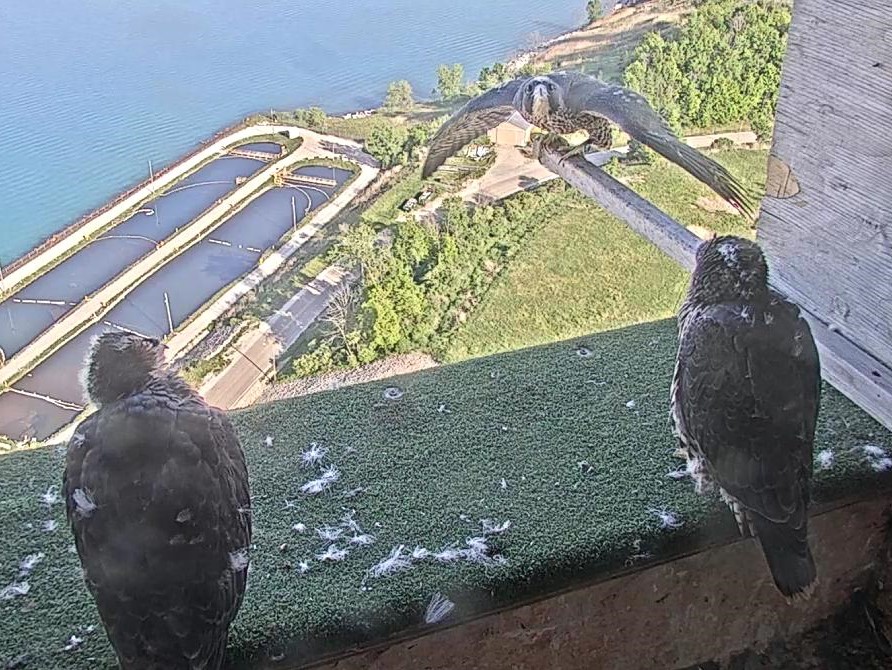 The fledglings will spend the next few weeks learning how to hunt prey and mastering their flying skills. After that, they’ll head off in separate directions to start their own lives.
There’s still plenty of action on our live nest box cameras. The chicks born at the Port Washington Generating Station are younger and will likely stick around for at least another week.
This year’s class of chicks brings the total number of peregrines hatched, named and banded at We Energies and Wisconsin Public Service (WPS) power plants to 421 since our recovery efforts began in the mid-1990s.
Peregrine falcon program
We Energies and WPS are honored to be a part of a statewide effort to restore the peregrine falcon population. The Department of Natural Resources added peregrine falcons to Wisconsin’s endangered species list in the 1970s.
This program is another way We Energies and WPS are building a bright, sustainable future. From helping endangered animals and restoring natural habitats, to building new solar facilities and reducing carbon emissions, we are committed to a cleaner future.
Posted by We Energies at 9:30 AM