It’s official — two pairs of our peregrine falcon parent pairs are now egg-specting! The first eggs of the 2021 nesting season were laid at the Oak Creek and Valley power plants over the weekend. 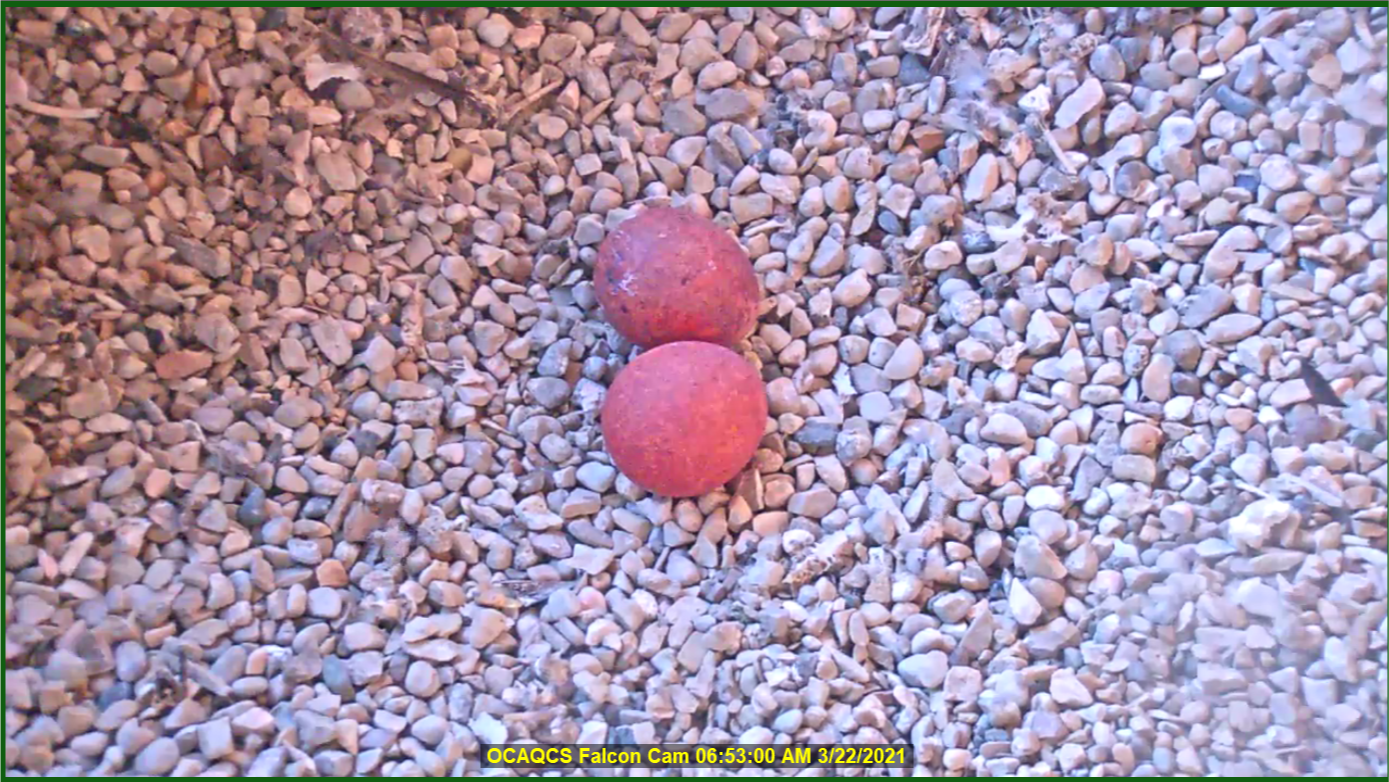 Falcon mom and dad Essity and Michael were the first to welcome a new addition to their nest box in Oak Creek. Essity laid her first egg Saturday, March 20, the first day of spring, and her second early Monday morning.

At the Valley Power Plant in Milwaukee, Hercules and his mate, an unbanded female falcon, welcomed their first egg Sunday. Our peregrine falcon manager believes this is the same unbanded falcon who has been nesting at Valley since 2014.

Now is the perfect time to tune in to our live nest box cameras. It’s only a matter of time before the arrival of more eggs.

Both sets of parents will take turns incubating their eggs over the coming weeks. If all goes well, we should see our first chicks in a little over a month. To learn more about the falcons at each nest box, check out this handy guide.

We Energies and Wisconsin Public Service (WPS) are honored to be a part of a statewide effort to restore the peregrine falcon population. The Wisconsin Department of Natural Resources added peregrine falcons to the state’s endangered species list in the 1970s.

Since our first successful nest in the mid-1990s, 410 peregrine falcons have hatched at our facilities. The falcons are drawn to tall structures along Lake Michigan or major rivers, which make many of the We Energies and WPS facilities ideal nesting sites.

This program is another way We Energies and WPS are building a bright, sustainable future. From helping endangered animals and restoring natural habitats, to building new solar facilities and reducing carbon emissions, we are committed to a cleaner future.