Where are they now?: CJ

We never know if we’ll get an update on our peregrine falcons after they’ve flown the nest. Peregrines can fly hundreds or even thousands of miles away. Their name, appropriately, means wanderer. That’s why we love to hear from people who spot our peregrines in the wild.

“CJ,” a female with band number (b/blu) 54/W, was one of four chicks hatched at the now-retired Pleasant Prairie Power Plant in 2018, the last nesting season at the plant. We have since found a replacement site where CJ’s parents have happily relocated.


CJ was spotted in Castleton, Indiana, just outside of Indianapolis. Jeff Timmins sent us this picture from Christmas Eve that showed CJ’s bands. 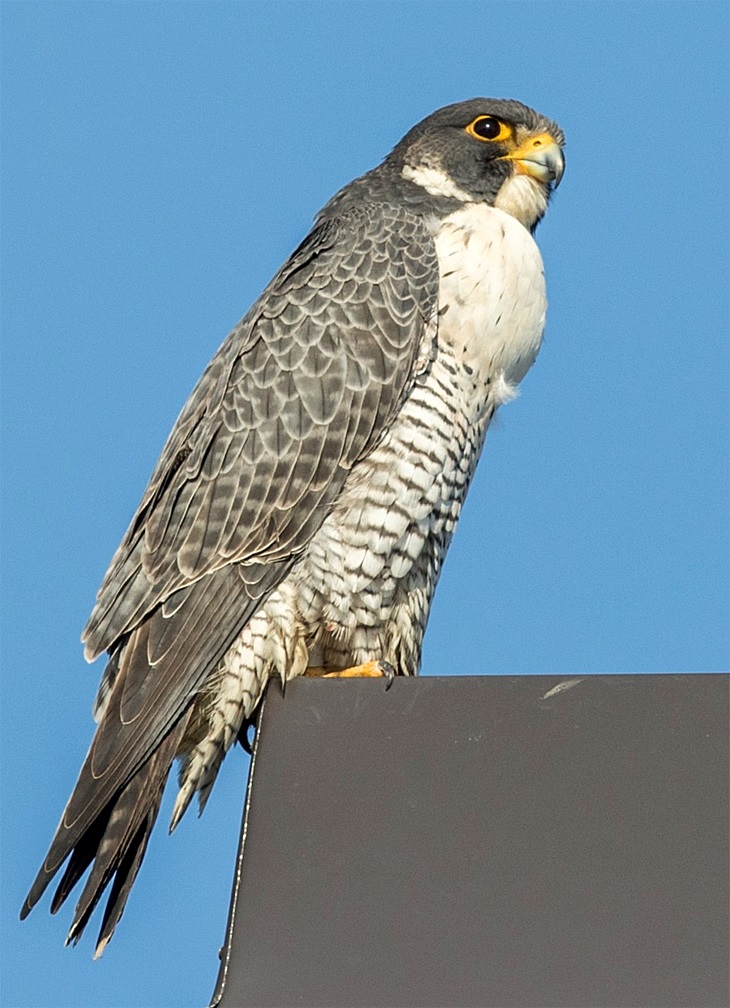 We Energies and our sister utility, Wisconsin Public Service (WPS), are proud to be part of a statewide effort to restore the peregrine falcon population. Since our first successful nest box in the late 90s, 402 peregrine falcons have hatched at our facilities.

The program is another way We Energies and WPS demonstrate environmental stewardship. From helping endangered animals and restoring natural habitats, to building new solar facilities and reducing carbon emissions, we are committed to a cleaner future.
Posted by We Energies at 12:02 PM