Hawk released back to its home after tangle with power line

It’s safe to say this was not the usual call for help We Energies troubleshooter Rick Guetzke gets.

“It was flopping around a little bit, and I asked the wildlife rehabilitation person what I should do,” Guetzke said.

Guetzke was called to a county road in the town of Jackson in Washington County to help a red-tailed hawk that was stuck in a power line 35 feet off the ground. Guetzke de-energized the line and, with advice from Wanakia Wildlife’s rehabilitation expert Marty Thompson, freed the bird’s stuck talon.

“He was able to throw a blanket over the bird and get her down, and once he got her down I pretty much whisked her away,” Thompson said.

After its rescue, Dr. Molly Lien of Brook-Falls Veterinary Hospital worked with Thompson to assess the bird’s condition.

“In the case of this red-tailed hawk, she had pretty significant wounds on one of her legs, so we had to do a few surgeries to close those wounds and get them to heal properly,” Lien said. 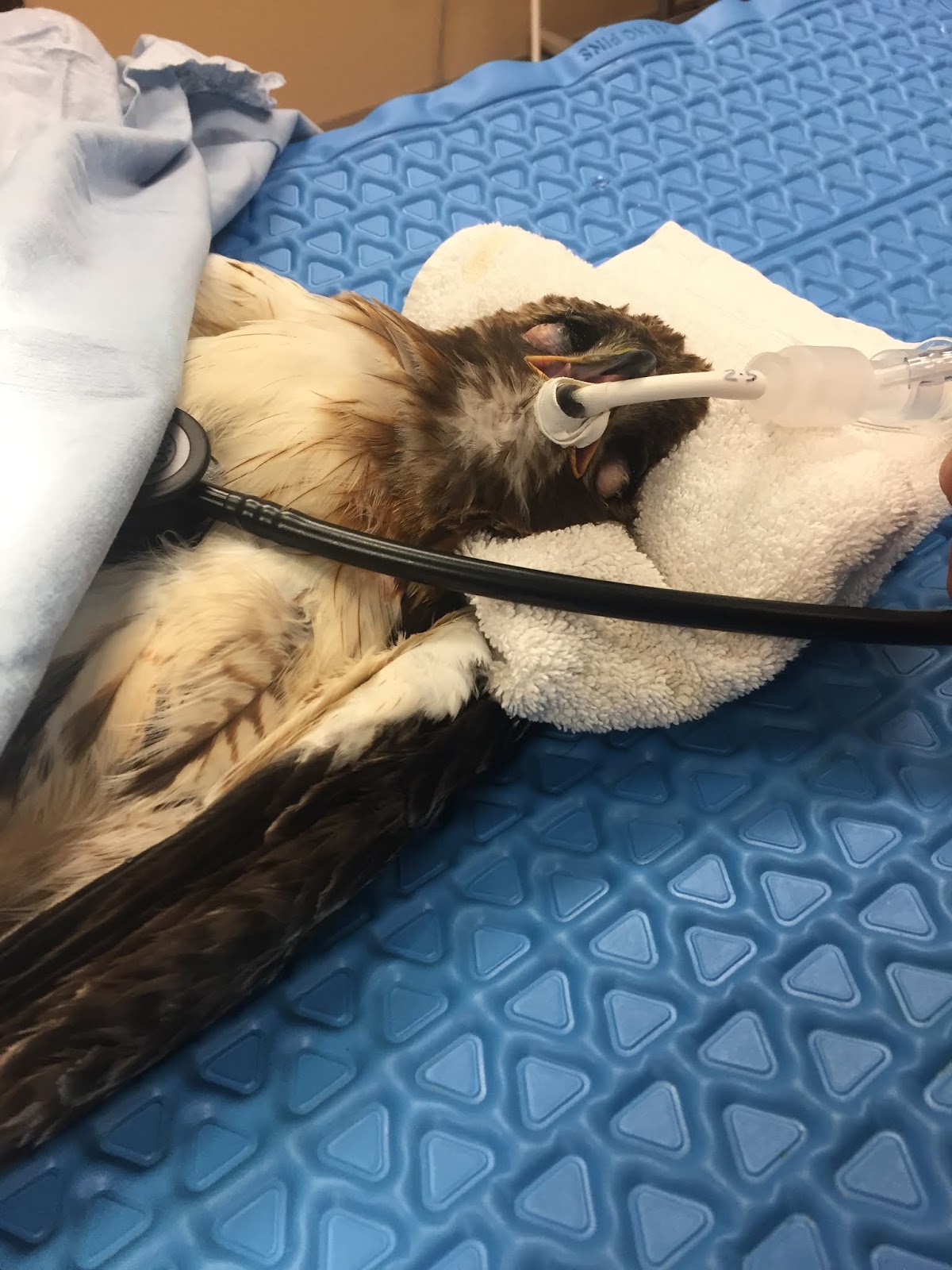 The hawk spent her time at Wanakia Wildlife as her injuries healed.

After eight weeks of recovery, the hawk was ready to leave. Those who were involved in the rescue and rehabilitation process gathered June 27 at the spot where the bird was found and watched her fly away.

“It felt really like I did something special, that the hawk was able to go back and enjoy the life it should,” Guetzke said.

“They’re heroes,” said Thompson of Guetzke, Lien and the sheriff who responded to the call and stayed there until the hawk was brought down from the power line. “It took everybody to all work together for the cause of one bird to get her back out. It is just amazing.”