Herman, Aurora and Bullet are the latest falcons to be named and banded at one of our power plants.

Employees from the Presque Isle Power Plant in Marquette, Michigan, brought their families to Saturday’s banding event and submitted names for the birds. They even named the chicks’ mom -- Maya Angelou. She had previously been referred to as *P/*S, her banding identification tag from her birth site in Grand Haven, Michigan. 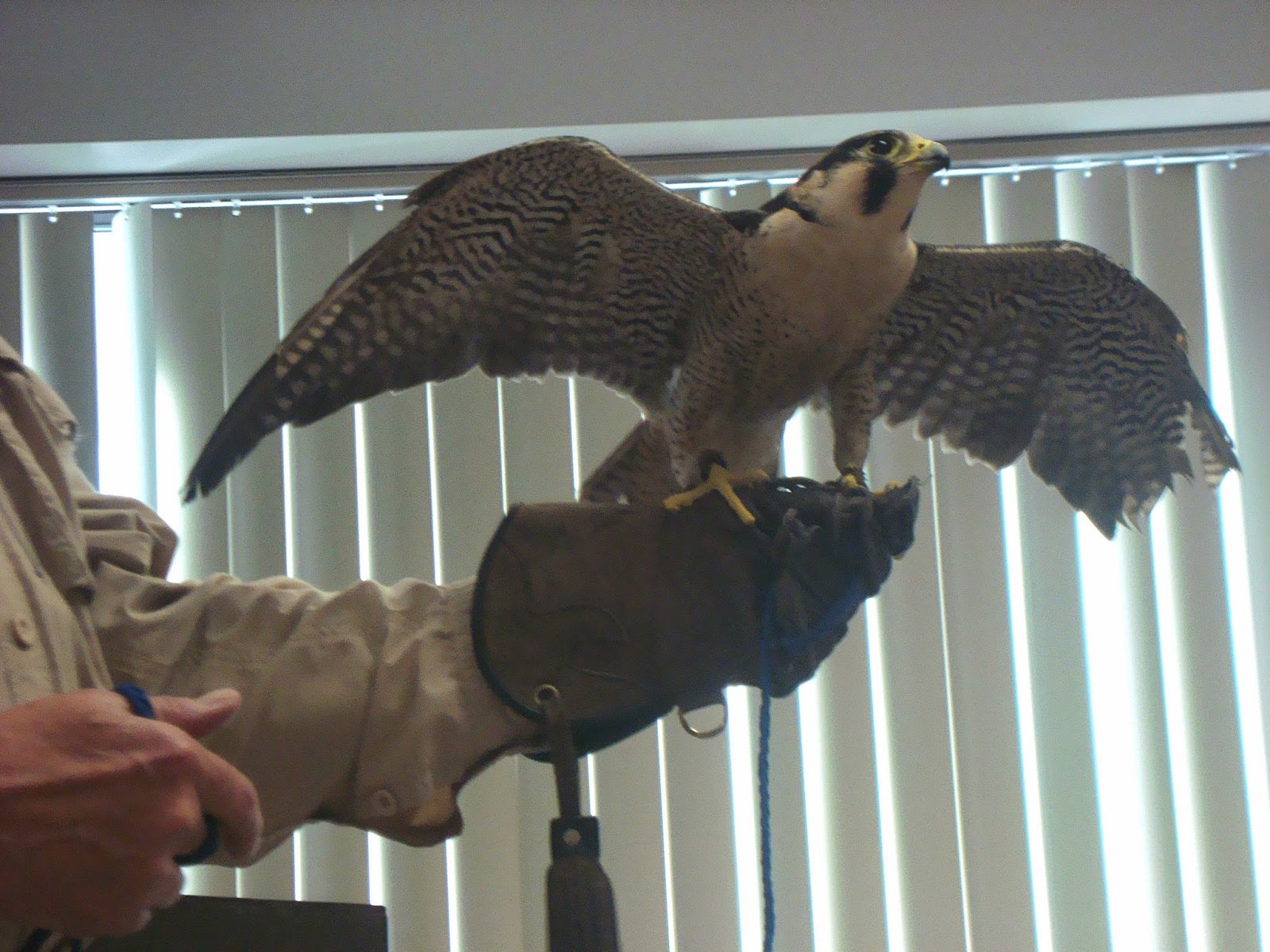 Banding visitors also had the opportunity to see an adult peregrine up close. Phoenix, one of the first falcons produced at the Presque Isle Power Plant in 2012, came back for a cameo. Phoenix now lives at the Chocolay Raptor Center because she would not be able to survive in the wild; she lost an eye and was found near death before being saved by the center.

Our power plant falcon bandings are drawing to a close with the chicks at our Port Washington Power Plant the final hatchlings yet to be named and banded.
Posted by We Energies at 11:08 AM