The Public Service Commission of Wisconsin (PSCW) on May 16 unanimously approved our asset transfer application for joint ownership of Presque Isle Power Plant (PIPP) with Wolverine Power Cooperative and the addition of state-of-the-art emission controls at the facility. The PSCW action, in addition to previous approval from the Michigan Public Service Commission (MPSC) and Federal Energy Regulatory Commission, are significant steps forward in the process.

Still pending is an air permit from the Michigan Department of Environmental Quality. Other local permits also need to be secured prior to construction of the emission controls, which is expected to begin in early 2014. Project completion is targeted for 2016.

The ownership agreement provides that Wolverine will invest approximately $130 million to $140 million to retrofit the facility’s units with air quality control additions to meet expected environmental regulations. In exchange, Wolverine will receive a minority interest in the plant.

Our company and employees will continue to operate the plant as well as the new air quality control system. The project will enable the continued reliable operation of the power plant, while supporting the regional economy by creating construction jobs and protecting the local tax base.

Located in Marquette, Mich., along the shore of Lake Superior, PIPP consists of five coal-fueled units capable of generating approximately 344 megawatts. The units were built between 1974 and 1979.

Wolverine is a generation and transmission cooperative headquartered in Cadillac, Mich. It supplies power to five distribution electric cooperatives and two alternative electric suppliers in the Lower Peninsula.
Posted by We Energies at 12:48 PM No comments: 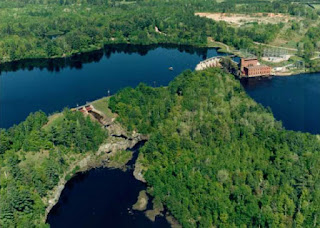 Posted by We Energies at 1:09 PM No comments:

We are again partnering with the Milwaukee Brewers baseball club as corporate sponsor of the High-Energy Player of the Year promotion, which kicked off May 13 and runs through Sept. 8. Once again, fans have the opportunity to vote for the Brewers player they believe best demonstrates a positive attitude, hard work and an aggressive approach to playing the game.

Voters are entered into a grand prize drawing for a chance to win a Club-level suite to a Brewers home game. In addition to the Club-level suite, the Grand Slam prize also includes six Diamond Box tickets to the Sept. 20 game at which the 2013 High-Energy Player is announced. The winning fan also receives an autographed jersey and the opportunity to join the High-Energy Player on the field during the award presentation.

Each fan voting throughout the season is entered to win four Loge Outfield tickets to a Brewers home game, with one winner named for each home game, June 3 through Sept. 22.

Registration and voting for the High-Energy Player of the Year is done through the Brewers website. Additional information, along with eligibility and contest rules, is available on the site. Fans also can vote via text during select Brewers home games.

Employees, officers and directors, including immediate family members and members of the same household, of We Energies, the Milwaukee Brewers, other Major League Baseball entities, and each of their affiliated companies, subsidiaries, licensees, distributors, dealers, retailers, printers and advertising and promotion agencies, and any and all other companies associated with the sweepstakes are not eligible to win prizes.
Posted by We Energies at 9:51 AM No comments:

Here's a clip captured today of the chicks in our Port Washington Power Plant nest box. They're growing fast. These chicks were born at the end of April and will be banded next week.

The chicks at Oak Creek and Pleasant Prairie nest boxes are not far behind.

See live video of chicks at our Pleasant Prairie and Oak Creek nest boxes
Posted by We Energies at 3:16 PM No comments: