From the archives: We Energies homefront efforts during WWII

Companies nationwide played crucial roles in supporting the Allies throughout World War II, and We Energies was no exception. We Energies — and its employees — had a hand in the ultimate victory, which happened officially on Sept. 2, 1945. 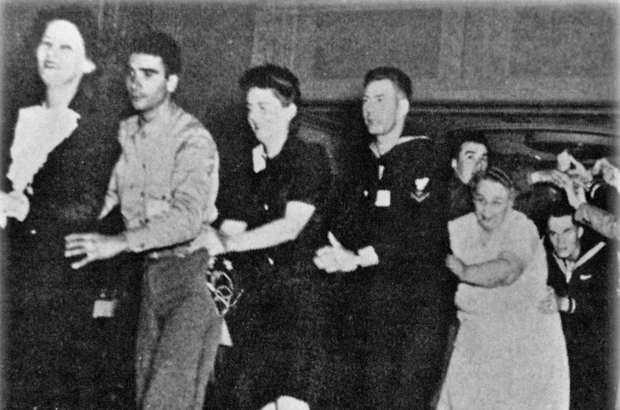 At Wisconsin Electric Power Co., which later became We Energies, the Public Service Building in downtown Milwaukee was a venue for USO dances, draftee orientation, award ceremonies and other events in support of the war effort. The company participated in the drive to find and recycle usable scrap for military use, and more than 3,000 tons were turned in during 1942 alone.
Although the company participated in government programs to conserve fuel, manpower and materials, and customers were asked to conserve energy, war-time industrial demand for electricity skyrocketed. The system’s combined output more than doubled between 1938 and 1944. Heavy industries accounted for most of the growth.

The company had transit lines then that played a vital role too. The interurban system and trolley buses transported draftees to downtown Milwaukee, where they connected with the train to Fort Sheridan or the Great Lakes naval station for deployment. And as automobile production was suspended and gasoline and tires were rationed, a growing number of factory workers depended on trolleys and buses day and night. Passenger traffic jumped from 218 million riders in 1938 to 428 million in 1944. Signs on company street cars urged citizens to buy war bonds. 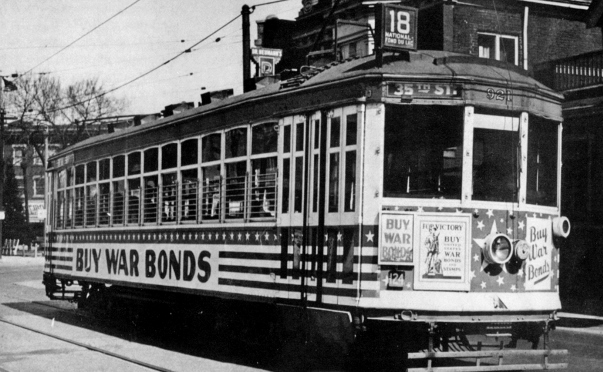 Sadly, sixteen of the 1,014 Wisconsin Electric Power Co. employees who were deployed were lost to the war.